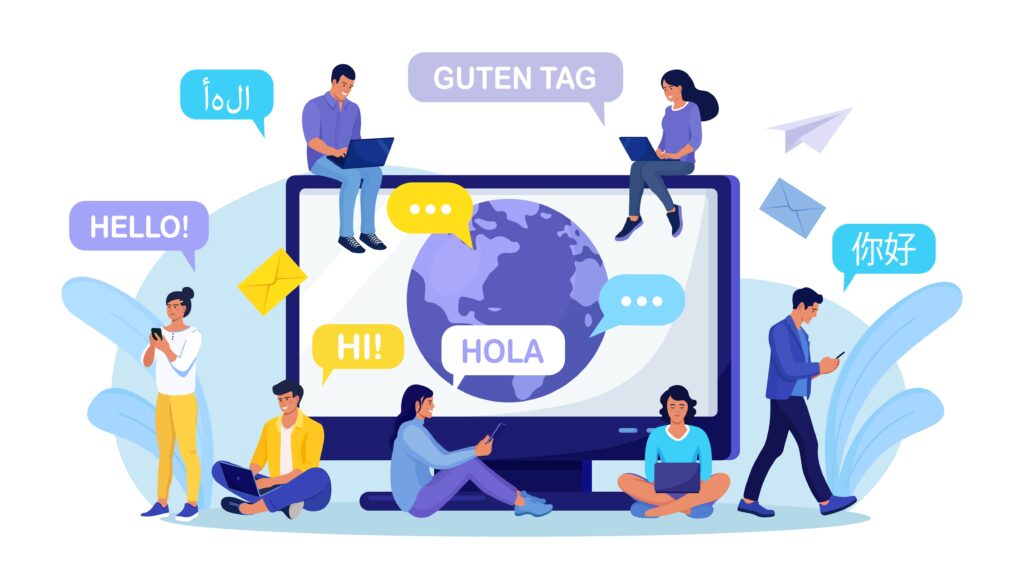 The benefits of being bilingual

When thinking about the benefits of being bilingual, what probably comes to mind are the direct benefits, for example, to be able to travel without language anxiety in Japan or to be able to watch foreign language TV shows.But the advantages of speaking multiple languages are actually much greater than just this.

Research has shown that speaking another language can improve your life in many ways and here is how.

Speaking a second language will gain you favours with employers. Due to the globalised environment, businesses today have to serve many markets and foreign clientele often represent a significant share of business. Employers want their employees to communicate with their customers in their native language, and being bilingual will make your CV stand out.

2. You can earn more money

The financial benefits of speaking a second language vary according to language, but a typical bilingual person can increase their income potential by 5-20% (Salary.com )

As speaking a foreign language allows you to interact with different people and understand cultural nuances, you have more opportunities to make friends, explore different hobbies, and discover different music, entertainment and literature.

Interestingly, travel can also be cheaper when you speak the language of the country you are visiting as there is often a hidden ‘tourist tax’ that you can avoid by pretending to be a native! Sometimes, there are even two menus at restaurants, one for locals in the native language, and one for foreigners in English, with different prices.(https://www.tripadvisor.co.uk/ShowUserReviews-g679576-d5499149-r741324406-Studio_55-Cardenas_Matanzas_Province_Cuba.html)

4. Speaking another language gives you a new perspective.

Even if you don’t travel,  becoming bilingual enables you to have a different perspective on yourself and the world. Research has shown that bilinguals see the world differently. Those who regularly use  a second language perceive differences in color variations that are not even recognised by monolinguals!

Often those who speak several languages note that their personality changes depending on the language they speak. A 2006 study by Nairan Ramírez-Esparza, asked bilingual Mexican Americans to take a personality test in both English and Spanish. It found that the participants scored higher in extraversion, agreeableness, and conscientiousness when they took the English version of the test. The authors speculate that this may reflect the fact that individualistic cultures (like that of the US) place a high premium on assertiveness, achievement and superficial friendliness, whereas it’s less important to sing one’s own praises in collectivistic cultures (like that of Mexico).

Numerous studies have found that bilingualism presents several neurological advantages.  A study in Scotland and Italy found that bilingual children were “significantly more successful” than their monolingual peers in problem-solving and creative tasks. Another study found that people who speak multiple languages ​​can process information more efficiently and easily.

This is because as a bilingual, you have to choose the language, your brain selects the important information and ignores the irrelevant details. This helps bilinguals multi-task tasks and ignore distractions.

Speaking another language can even help you make more rational decisions! A study by a team of psychologists from the University of Chicago found that individuals who speak a second language had lower natural human biases when making decisions. Scientists have concluded that speaking multiple languages increases cognitive and affective distance, allowing people to focus on information rather than their emotions.

6. Bilingualism can slow down aging.

The benefits of being bilingual last a lifetime, but they seem to be particularly significant amongst older people. Cognitive flexibility,  the ability to adapt to unusual or unforeseen circumstances, tends to decline with age, but speaking a second language can block this decline or at least delay it.  Research shows that bilingualism can improve cognition and delay dementia in older adults, especially regarding  general intelligence and reading skills.

And while bilingualism can’t prevent Alzheimer’s, it can delay the onset of symptoms for up to five years. A recent study showed that multilingual people display symptoms of Alzheimers much later than those who speak only one.